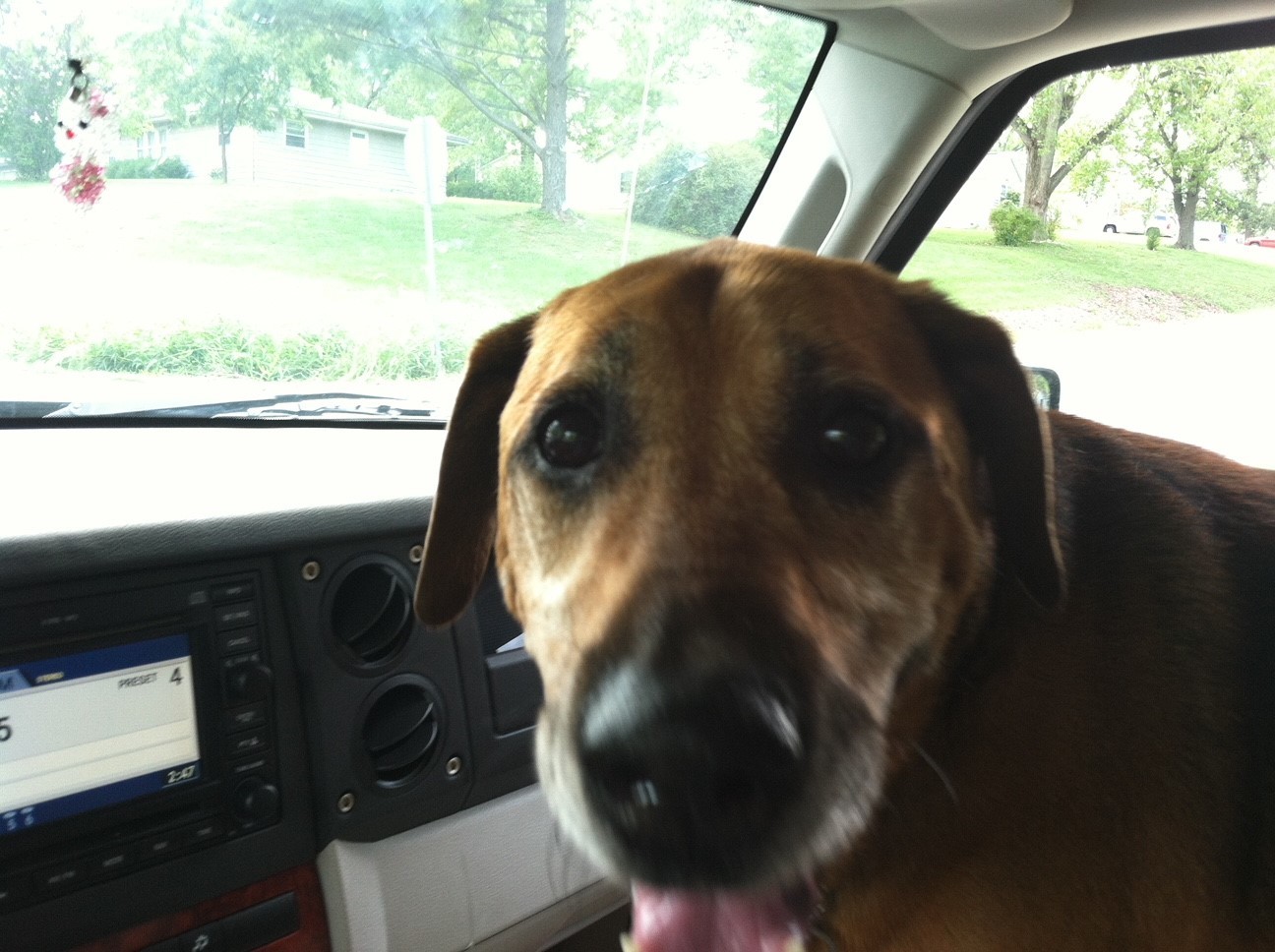 Otis was spotted in a ditch along with his buddy when a couple of nice young people were traveling to Lincoln. They were on their way to dinner and wanted to stop but needed to get to their birthday party. The caring couple decided to return the next day when it was light to see if they could find the dogs again. Sure enough, they were still in the ditch. One dog ran, but the other, Otis, remained in the ditch. With a little coaxing with a cheeseburger, Otis jumped in the truck. He was taken to the shelter to get scanned for a microchip and for veterinary care. Soon after this, Otis would meet his future new mom. She was reluctant at first, but kept thinking about Otis after their meeting. Eventually, she adopted Otis!